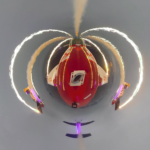 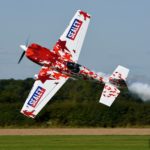 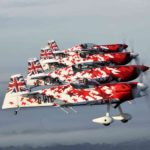 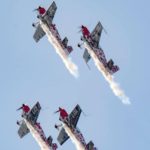 We will put on a stunning, world-class air display. Mark Jefferies has achieved great success and worldwide recognition as one of the most accomplished aviators in the UK; including 1st -Zhengzhou 2015 World Air Masters (WAM), 3rd-Dazu 2011 WAM, ranked 8th in the World Aerobatic Championships in 2007 and 10th in 2009. Nine times British aerobatic champion (Advanced & Unlimited). Mark Jefferies has spectacular manoeuvres, tumbles and spins in the Extra 330SC leaving pilots and spectators alike saying “how did he do that?” A flying display your audience will never forget… No show too large or small to attend. Corporate, Weddings and private parties a specialty – it’s not as expensive as you might first think and far better than fireworks. I’ve even got fireworks on the wings !

The Global stars aerobatic team will fly shows any

Airshows in India we really miss. The crowds are r

A nice little edit by @ed.sage from our recent #Gl

Having fun at the #Bahraininternationalairshow #av

Rolling around over the #BIC race track at the #Ba

Wishing Jay and Sonja all the best for there futur

MODERNA CEO BONUS
Don't look this up the answer, have a guess first and answer the poll attached.
Moderna CEO Stephane Bancel 2019 pre Covid had a bonus of $9 million.

WHAT WAS HIS BONUS IN 2022?
pls RT so everyone can have a go

If your into airshows you should enjoy this. Please do subscribe so I am permitted by YouTube to live stream my POV during shows. https://youtu.be/H4FGJZHzZ2s